Interest in Card Controls Is Surging: 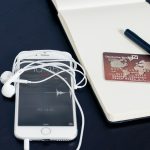 Interest in card controls is surging:

The post Interest in Card Controls Is Surging: appeared first on PaymentsJournal.

PrevPreviousPayment Facilitator as the Payments Next Wave?
NextOpen Banking – A Challenge for the U.S.Next