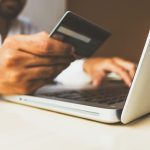 The post 7 Cardholder Tendencies by Income Level and Gender: appeared first on PaymentsJournal.