New Decade, New Ways to Pay: Will the 2020s Bring a Cashless Society? 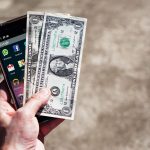 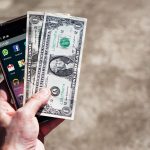 With the rising number of cashless
payment options available, such as digital wallets, wearables, and mobile pay
apps for every kind of purchase, it may seem that the United States is well on
its way to becoming a cashless society.

This is somewhat true, in that cashless
transactions are rising in popularity each year. According to Square, fewer and
fewer Americans are using cash—even for their smallest purchases.
While 46% of purchases under $20 were paid in cash in 2015, just 37% were paid
in cash in 2019.

On top of that, the Federal Reserve has
reported that over 80% of transactions are through cashless options like credit
and debit cards, digital wallets, and wearables, among other payment methods. This
makes sense, as cashless payment types are simple to use and often more
convenient than having to withdraw cash from an account.

But will the United States go as far as
becoming a completely cashless society? Probably not anytime soon— and here’s
why.

A
cashless society would be exclusionary

While most Americans do have cashless
options like credit and debit cards, this simply isn’t the case for everyone.
In 2018, the Federal Reserve estimated that there were 55 million unbanked or
underbanked Americans, accounting for 22% of households.

A cashless society would mean that the millions
of underbanked and unbanked U.S. residents would struggle to find ways to pay
for even the most basic goods and services. In that way, a cashless society
would be inherently classist.

Furthermore, the hardships of a cashless
society would disproportionately impact people and communities of color. A 2017
Federal Deposit Insurance Corporation found that 16.9% of black households and
14% of Hispanic households were unbanked in 2017, compared to just 3% of white
households.

Pushback
against the trend towards a cashless society

Some cities and states have taken active steps to be inclusive of those without access to other payment options. For example, Philadelphia became the first city in the nation to pass a law banning cashless stores and restaurants in February 2019.

Others have since followed suit, with New
Jersey and San Francisco passing similar measures prohibiting cashless
businesses in March and May, respectively. New York City is set to vote on its
own bill in the upcoming year.

Additionally, companies like Amazon have
made efforts to accommodate cash-using customers. Amazon Paycode, which was launched
in the U.S. in September, allows customers to purchase items on Amazon online
then pay in cash at Western Union.

Cashless has its perks, too— new ways it’s expanding

The rise in popularity of cashless
payment methods are indicative, however, of the perks that they bring. Many
consumers don’t carry cash anymore, and paying with a card, through an app, or
with a wearable enhances the customer experience by maximizing convenience. Therefore,
even if a cashless society isn’t quite on the horizon, people can still expect
an increase in the cashless payment types available.

The Salvation Army’s decision to accept
mobile donations is a great example of a recently adopted cashless solution
that benefits consumers by making donating more convenient. The 2019 holiday
season was the first that individuals could use their phones to donate to the Salvation
Army’s annual red kettle campaign. To do so, consumers simply scan a QR code
with a smartphone at the site of the red kettle, then submit a donation using
Apple or Google Pay.

Another relatively new cashless
initiative is Amazon Go brick-and-mortar convenience stores, which use
cutting-edge technology and cameras to offer customers a seamless shopping
experience. Customers can simply walk in to an Amazon Go store, pick out the
items they want to purchase, and leave. As they exit, the purchase is
automatically charged to their Amazon Go account.

The first Amazon Go store opened for
business in January 2018, and there are now 20 established and announced locations
in Seattle, Chicago, San Francisco, and New York City. To accommodate the
cashless business ban within the city, Amazon Go locations in San Francisco
also accept cash through an attendant who checks out customers without the
app.

Though it is highly unlikely that the
United States will become a fully cashless society anytime soon, people can
still expect cashless options to expand as new payment technologies and
solutions are created. This will allow the trend toward cashless to continue,
while ensuring that those without alternative payments methods are not forced
to jump through hoops to make purchases.

The post New Decade, New Ways to Pay: Will the 2020s Bring a Cashless Society? appeared first on PaymentsJournal.